There appear to be two schools of wildly-diverging thought among investors right now, and I’ve been thinking how to bridge the two camps, since I can’t imagine them being both so incredibly wrong given the trillions of dollars on the line on each side.

On the pessimists side are numerous successful investors (Ray Dalio, Jeremy Grantham, Charlie Munger, Michael Burry) who believe the economy is in a massive bubble.  Both the Buffett Indicator and Shiller PE show the stock market is highly overvalued by historical measures.   Shiller PE in particular shows the stock market as being the 2nd most overvalued in the last 140 years.

On the optimists side is the bond market, where the yield curve is normal and not inverted, and showing signs of increasing but modest inflation.   Which is a sign of a recovering economy.   Rising inflation expectations is telling us that our big problem right now is that the economy is recovering *too* quickly, which is a nice problem to have. 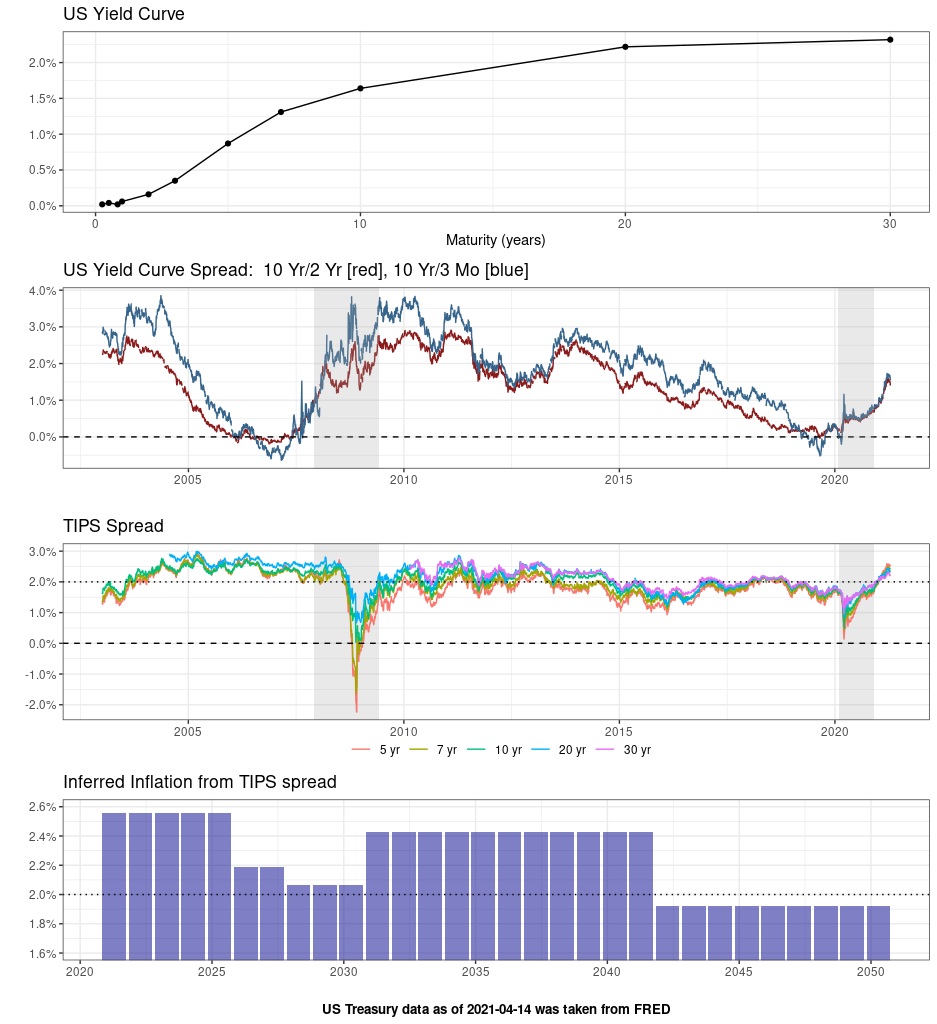 With the Fed’s foot firmly on the gas pedal, a massive fiscal stimulus working its way through Congress, and with a de facto second fiscal stimulus in the form of a major infrastructure bill in view, the odds of a recession related to the business-cycle or Fed overtightening this year is basically zero, though some shock like war or natural disaster could still come out of left field.

But we’ve seen instances where the stock market crashed even when the real economy kept growing.  The best example is the “Black Monday” crash of October 19, 1987.   The stock market had risen 44% year-to-date in 1987, and gotten significantly ahead of the underlying economy.   The resulting stock crash on Black Monday hit like a bolt from the blue, for reasons that are still not well-understood.  The S&P 500 dropped 20% in a day, but the real underlying economy (as measured by GDP) kept right on growing. 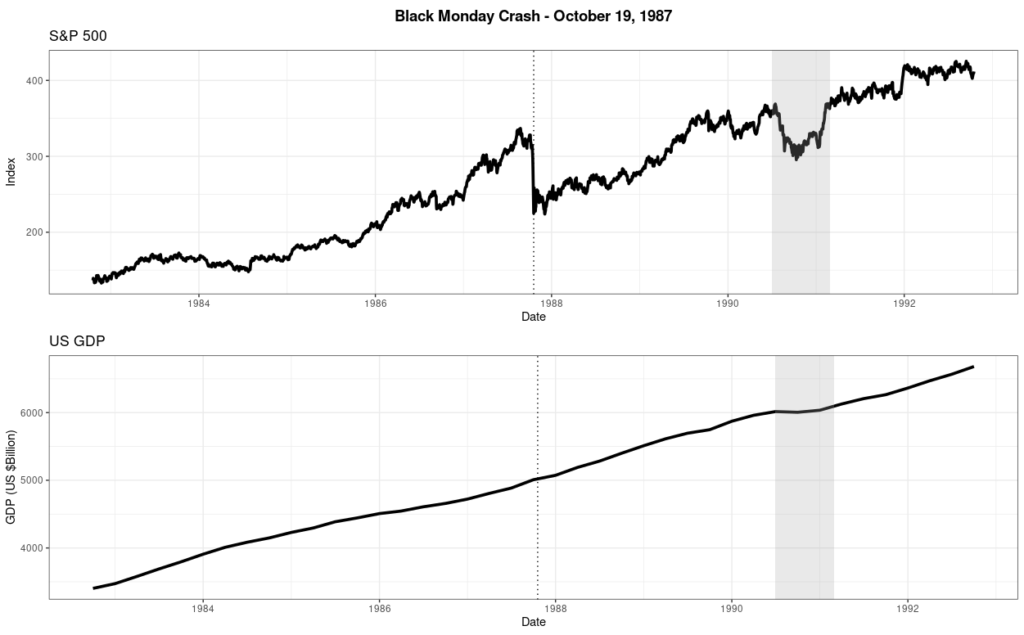 A scenario similar to a “Black Monday” could easily play out this year.    The stock market has gotten significantly ahead of the underlying economy due to fiscal stimulus, optimism about the pandemic ending, inflation expectations, etc.   The stock market, or at least the most overvalued sectors of it, could experience a significant correction (alongside other overvalued assets like cryptocurrency) out of the blue and wipe out a lot of paper wealth, while the underlying economy keeps on strengthening.

That’s a plausible scenario, but of course doesn’t mean it must happen.    The stock market could keep plowing upwards on sheer momentum regardless of nosebleed valuations.   But it’s a possibility to keep in mind when making investment decisions.   In recent weeks I’ve watched friends on Facebook plowing money into tech stocks and cryptocurrency, not understand that at their current valuations they aren’t an investment, merely a lottery ticket with a substantial chance of leaving them poorer.   If you pay $10 for a $5 bill with the hopes that you can find someone to buy it for $20 tomorrow….   That will eventually fail spectacularly.

The current bubble will eventually run out of steam and pop.   I suspect that, whenever the end of this bubble arrives, it will do so with relatively little advanced notice by historical standards.    Given how artificial and manipulated the current economy is,  I don’t suspect it will “coast” for several years like it did during Obama’s last term/Trump’s first term, but is more likely to experience a Wile E. Coyote moment of running off the cliff, briefly peering down, and then falling precipitously.